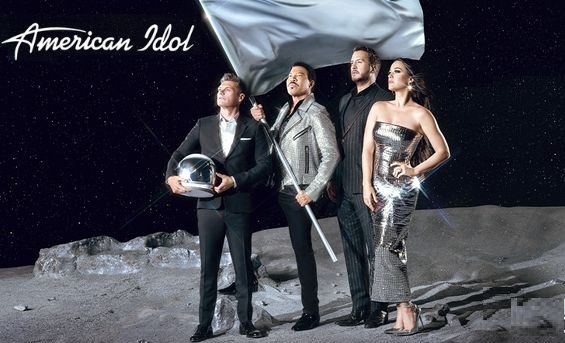 Well, I’ll be honest, this show’s path has always been breathtaking since its inception. American Idol has produced several music celebrities and had a major influence on the music industry.

The classic series is poised to begin its 20th season, continuing the chain of the magnificent treasure with a new group of musical sensations.

This singing reality show has been marking its presence proudly with every season in the history of the American Television Industry.

Clear the Confusion ( Why ABC Celebrating 5 Years of Idol)

First and foremost, let’s clear up any misunderstandings about whether the show is in its fifth or twentieth season. Any guesses as to which is the correct answer?

Surprise! Both are completely accurate!

It all depends on your point of view. The show began airing on the Fox channel (Fremantle North America) on June 11, 2002, and ran for 15 consecutive seasons on the same channel till April 7, 2016. The journey of the American Idol music show continued on ABC (American Broadcasting Company), which took a different approach and dubbed the 16th season, American Idol’s inaugural premiere on the new channel as the first season because it was the first time that the show was on a different channel. So, the show is in its fifth season on ABC, however, if the show’s journey is taken into account, then it’s the 20th season.

What Station, Channel & OTT is American Idol on?

This is the 18th season of American Idol, which is in its third season on ABC. The show rose to the top of the ratings and became a true “idol” show among persons aged 18 to 49. The next year, in its 19th season, the show was once again a sensation, drawing 27.1 million viewers to their televisions. Well, that is what explains the show’s popularity. In the 20th season, another record-breaking season is expected.

So the 5th or 20th season of this iconic series is to premiere on February 27th on the ABC channel on Sunday 8. p.m where you can catch it. But thanks to the internet, you can also catch the show on the ABC app or google Chromecast devices and if you are a subscriber to Hulu, FuboTV, or YouTube TV then here you go, no stop for your entertainment.

What’s in the pack this time?

The total number of candidates fighting in this melodious battle is expected to be 100. The audition rounds are closed now, which started around August and October 2021. There’s this eligibility rule that  Any potential musical voice born on or between June 2, 1992, and September 15, 2006, can apply to compete in the show, so those who are interested and passionate about music here’s your note.

Although, if you were a person in the millions of audience of this show, so here’s a bit of disappointment for you. Bobby Bones, who has been in the panel of super judges for 4 consecutive seasons, wouldn’t be able to continue to be part of this season.

He shared the reason for this on his Instagram account with a note saying, ” Some of you noticed I am not in the idol promos this season. My contract with my new network won’t let me do another show right now. Love idol btw was a great 4 years”

So this season has Katy Perry, Luke Bryan, Lionel Richie in the panel of super judges who will be judging with the host Ryan Seacrest who also contributed to the blockbuster success of the show last year.

Katy Perry, the phenomenal American singer-songwriter and TV judge is largely credited with influencing the pop sound and style of the 2010s. She is still a powerhouse and a chart performer singer who has won the number of ‘you won’t be able to count’ of awards. She is one of the female artists to achieve such a height.

Thomas Luther Bryan, better known by his stage name “Luke,” is an American musician and songwriter whose mention here also explains that he is a   television judge.  In the 2010s and 2020s, he was one of the most successful and award-winning country artists.

Lionel Brockman Richie Jr. is his full name. Lionel Richie is a singer, songwriter, musician, reality show judge, and record producer from the United States. He rose to prominence in the 1970s as a songwriter and co-lead singer of the Commodores, a funk band.

Ryan John Seacrest is a producer as well as one of America’s highest-paid hosts. He co-hosts the show Live with Kelly and Ryan. He is also the host of several media channels, including American Top 40 and On-Air with Ryan Seacrest, in addition to being a host in American idol.

So these were the power packs you will be witnessing this year.