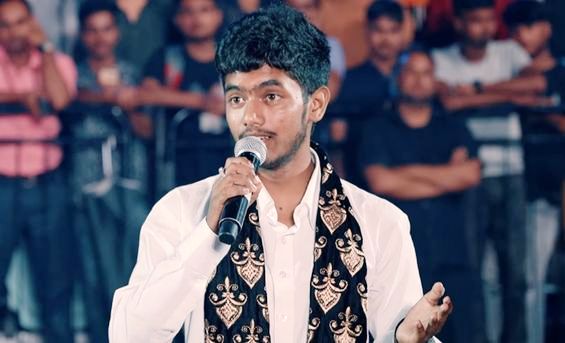 Bunty Bhandal is an Indian singer and Singing Reality Show Star from Bhandal village of District Gurdaspur, Punjab. Bunty is a participant in multiple Singing TV Reality Shows and winner of Voice of Punjab 2017.

Bunty came to fame after he got selected as one of the contestants in the 13th season of the singing reality show, Indian Idol on Sony TV in 2022.

Bunty Bhandal was born in 2005, in Gurdaspur, Punjab and he is 17 years old as of 2022. Bunty’s elder brother, Ravi is very supportive and helped Bunty a lot in his singing journey.

Bunty Bhandal belongs to Mirasi Community and has passion for singing from very childhood. He started learning singing from his Uncle (चाचा जी) who was also a singer.

His singing journey started when he started accompanying his Uncle on Music shows. Bunty’s elder brother, Ravi also helped him a lot in improving his singing and voice quality.

Bunty’s singing is enhanced by his teacher Karan Khanna who believed in him and guided him at every stage. His teacher felt he is a special talent and that with proper training, he can be India’s next Nusrat Fateh Ali Khan.

As Bunty gown up he started giving auditions for Singing Reality shows. In 2017 he won the 1st Runner-up position in Voice of Punjab Chota Champ on the PTC Punjabi channel. Bunty also participated in “& TV” shows, The Voice India Kids (2017) and Love Me India Kids (2018). In all reality shows, Bunty prefers to sing Sufi songs.

Bunty has released many songs, and the songs are also recognized and can be heard on some big platforms. Some of the songs released by him are Sarkar and Udeek.

In 2022 Bunty got selected for the Sony TV show Indian Idol Season 13. Bunty is the first person in India who got selected in the Indian Idol Audition in the stadium in front of all other contestants and audiences.

Many of us are curious to know about our favorite Celebrity’s biography, height, age, family, affairs, and many more things. This article gives you a glimpse into information related to Bunty Bhandal Indian Idol, Age, Parents, Family, Biography and More. We hope you liked the provided information, and let us know if you did.