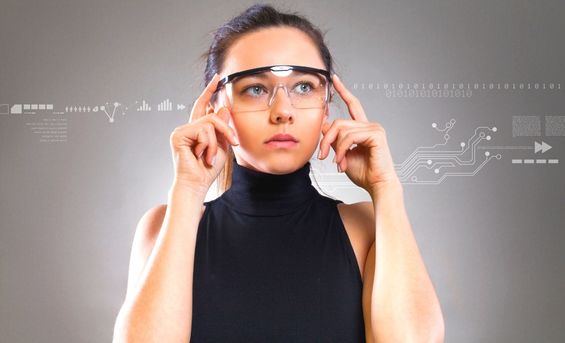 Some wearable tech trends just work, while others struggle to take off despite years of fresh innovation. For smartwatches and wearable fitness fitness monitors, uptake was relatively quick, but despite the emergence of multiple generations of smart glasses, the uptake has been far slower. Why is this? Experts believe that fashion plays a significant role.

It wasn’t always this way. Just a decade ago it appeared that smart glasses will be the next big thing in wearables, and the arrival of Google Glass pointed to what looked like the start of a surge in consumer uptake in technology-packed eyewear.

However, a decade on from the arrival of Google Glass and the trend has received a lukewarm reception at best. Today, as wearable technology verges on being capable of offering comprehensive virtual and augmented reality experiences, a whole new generation of smart glasses beckons. But can smart glasses ever become fashionable enough to take off?

In This Article hide
1) The Challenge of Aesthetics
2) Fighting to Embrace Fashion
2.1) Related Posts:

The Challenge of Aesthetics

According to Gartner forecasts, it’s a great time for the wearable technology market, which is expected to attain a value worth $109 billion by 2024–however the bulk of this growth, which is anticipated to reach annual rates of 20% and 22% respectively, will be driven by watches and virtual reality headsets primarily.

One of the leading causes of the slow levels of uptake in smart glasses stems from its designs. Unlike smartwatches, which are discreet and can encase sufficient power in a slender face, designers have struggled to pack the required technology into frames without negatively impacting its look.

Google’s attempt with Glass resulted in a piece of wearable hardware which was built externally from the eyepiece itself. However, sales for the smart glasses were slow following its launch, with only 13% of consumers expressing an interest in buying Google Glass at around a $500 price range.

“People think it’s weird to be wearing AR or smart glasses,” noted Allan Cook, a managing partner at Deloitte. While principal analyst at Gartner, Tom Nguyen, claimed that widespread consumer interest may still be a number of years away due to the difficult relationship between smart glasses designs and fashion.

It’s worth noting that there are many issues that are impacting the adoption of smart glasses beyond the shortcomings of fashion. These include a lack of vision awareness and dangers associated with distractions emerging from the technology.

Concerns have also been raised about matters of privacy, and how accessible personal data may be via smart glasses. Factors including recording individuals without their consent have also raised concerns.

Smart glasses have also suffered from a lack of education in the field. Consumers will need to be made aware of how to operate smart glasses technology, which is significantly different from operating a smartwatch that borrows many features from smartphones.

Although improving the aesthetics of smart glasses won’t address these problems, incorporating them into fashion trends with stylish designs can certainly help to bring wearable tech into vogue and generate sufficient consumer interest in owning smart glasses and educating themselves on how to use the innovative hardware.

The issues surrounding the fashion implications of smart glasses are a key topic for manufacturers, and we’re already beginning to see leading tech firms and AR developers fight back in wearable tech’s war on aesthetics.

Firms like Vuzix are actively working to deliver a blend of functionality and fashion in their smart glasses. The company has addressed many key concerns surrounding the technology, including voice-activated displays and LED projections to boost vision. However, the key perk of their latest concepts are discreet frames that encase the technology in a discreet manner.

This is significant, and could pave the way for users to shop for smart eyewear like they would for Kate Spade glasses on this website. With a variety of easy-to-fit styles and customizations.

Today, one of the greatest success stories of smart glasses comes in the form of Ray-Ban Stories, which combines Meta technology and encapsulates it within a pair of iconic Ray-Ban frames.

Featuring a 5 megapixel camera, two micro-speakers, touch controls and the capacity to store 500 images or 30 videos, Ray-Ban stories should be regarded as a smart glasses innovation–albeit without the high-end, augmented capabilities that we expect to see in future generations of smart eyewear.

For now, smart glasses appear to be toeing the line between fashion and functionality. While the most powerful smart glasses of today are generally too bulky to function as discreet and stylish eyewear, Ray-Ban Stories show that scaled down versions of the technology can certainly be fun and fashionable.

In the future, we can expect more developments within smaller designs to emerge. As for the question regarding smart glasses ever becoming fashionable–watch this space. The future certainly looks bright for future generations of smart eyewear.