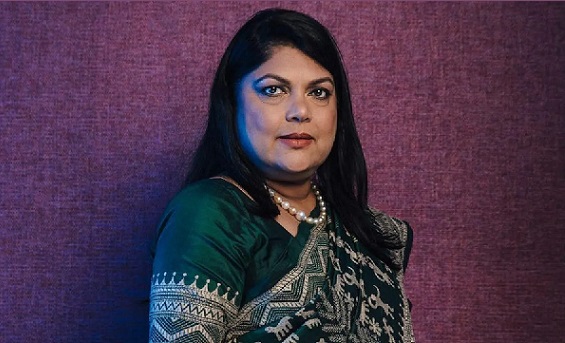 In the ancient times of India, women did not have the right to a job or business. But they never give up fighting for their rights and continue to make progress today. However, as time changes, the people of this country grow up mentally and change their thinking. Some time ago, women used to struggle to find jobs in India, but now they own successful businesses in the country.

Falguni Nair is a successful businesswoman whose company has grown to be India’s largest beauty company. Falguni Nair has been named one of the country’s wealthiest women. Falguni’s popularity is particularly notable since she is a self-made female billionaire. Falguni Nair did not inherit any businesses; instead, she founded her own large corporation.

In today’s article, we’ll learn about some interesting facts regarding Falguni Nair’s life. Who is Falguni Nair, where is she going to live, and how did she establish her business? We will answer all of these questions and much more in this post. If you’re curious to learn more about Falguni Nair’s life, please read our article till the end.

Without further ado, let’s get started!

Who is Falguni Nair?

Falguni Nair is an Indian entrepreneur and billionaire who founded and runs the cosmetics and lifestyle retail brand Nykaa. Falguni Nair was born on February 19, 1963, into a typical Gujarati family.

From recent research, we found that Falguni Nayar is one of two self-made female billionaires in India.

Falguni is now the wealthiest female billionaire in India, with an estimated net worth of $6.5 billion. In 2022, Falguni’s name is listed among India’s top 20 richest people.

Falguni Nair was born and raised in a typical Gujarati family and belongs to Mumbai, Maharashtra. She completed a bachelor’s degree in commerce and economics from Sydenham College of Commerce and Economics. After that, she completes a postgraduate diploma from the Indian Institute of Management Ahmedabad (Gujrat).

It is stated that “Gujarati people” are very interested in business. Falguni Nair worked at a bank before launching her own enterprise. At the beginning of her career, she put a lot of hard work into the business to make it a successful brand. Now it has reached a very significant level, and the “Nykaa” has become a brand that is well known in India and other countries.

Falguni is from a Gujarati family, but she was born and raised in Mumbai. Her father was a businessman who managed a small-bearing business with the help of her mother.

In 1987, she married Sanjay Nayar, whom she met at business school. Falguni also has two children, one of whom is named Adwaita Nair and the other’s name is Anchit Nair.

The Startup Story of Nykaa

Falguni Nair, the woman who runs the famous brand Nykaa, previously worked in a bank. In 1993, Falguni joined the Kotak Mahindra Group and worked there for 19 years. In 2005, she was nominated as managing director.

In 2012, she started working on her own brand. She launched the Nykaa by investing the money earned throughout her banking career. Nykaa started with her own $2 million at the age of 50.

Falguni spent 10 to 12 years creating a strong brand image for the Nayak brand. If you want to set up a business like her, you may learn a lot from her life experience. How she raised funds to invest in her business and developed a successful business strategy for herself is remarkable.

She introduced her beauty brand at a time when there were few options for purchasing beauty items. In today’s time, there will hardly be any women who do not know the name of the Nykaa brand.