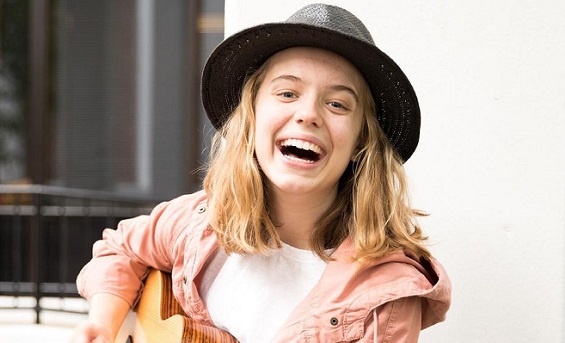 Leah Marlene is an American singer, songwriter, and producer. She is known for participating in the 20th season of ABC’s singing reality show American Idol judged by Katy Perry, Luke Bryan, and Lionel Richie. She is among the top 3 finalists of American Idol. She is originally from Normal, Illinois.

Leah Marlene Grehan was born in 2001 in Toronto, Canada. Her father Derry Grehan is a songwriter and lead guitarist in the Canadian band Honeymoon Suite and her mother is Deanna Grehan. Leah’s elder brother Shea Grehan is a photographer. When Leah was 10 years old, her family shifted to Illinois.

Leah attended Normal Community West High School.  She went to Belmont University to study Bachelor of Science- BSc in songwriting and Honours Program before dropping out.

Leah grew up in a house full of music and guitars as her father, Derry Grehan, is a songwriter and lead guitarist with the Canadian band, Honeymoon Suite. Her father taught her how to play guitar and piano, and passed along his passion for songwriting.

Leah began singing and writing her own songs at a very young age and never looked back! She also produces songs and collaborates with various artists. Her music styles contain pop, soul, funk, jazz, rock, and many more.

In 2021 Leah gave auditioned for the 20th season of American Idol which aired in 2022. She impressed the judges with her melodious voice and make it to the top 24 contestants.

On 4th March 2022, she released her debut album titled, “Noise”. Leah is publishing videos on her Youtube Channel since the age of 8 Years Old. Here is one of her early days videos.

Leah’s dream is to travel the world and play/create music. According to Leah, “What most excites me about this dream is the privilege of getting to learn the beautifully complex stories of the people I cross paths with along the way.”

Some Interesting Facts about Leah Marlene

Many of us are curious to know about our favorite celebrity’s biography, height, age, affairs, and many more things. This article gives you a glimpse into information related to Leah Marlene (American Idol) Height, Weight, Age, Affairs, Biography, and more. We hope you liked the provided information, and let us know if you did.