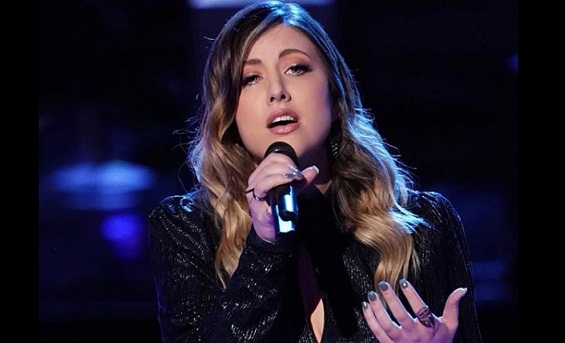 Maelyn Jarmon is a popular singer of America who came to fame after getting selected for NBC television show, The Voice. Maelyn Jarmon was born in Frisco, Texas but she later moved to New York with her family after getting encouraged by Broadway Theatre.

Singing and “The Voice” Journey of Maelyn Jarmon

Maelyn Jarmon was passionate about music from his childhood. She didn’t leave music despite facing some challenges in life. When she was 2 years old, her ears got infected and she had tubes inserted into her ears to treat the infection. The tubes damaged her eardrums and left her deaf in the right ear and with 80% hearing on the left ear. Despite such serious problem in her ears, she didn’t leave the hope for her music carrier. At the age of 13, Maelyn started voice lessons and get involved in musical theater.

At the age of 25, Maelyn Jarmon gave auditions for a television show, The Voice in 2019. Maelyn’s audition was so impressive that all four judges turned their chair. Maelyn selects John Legend to Coach and joined Team Legend. She won “The Voice 2019” beating all others at the show.

Maelyn Jarmon Family is very supportive of her music carrier. Her family shifted from Frisco, Texas to New York especially for her interest in Broadway Theatre. Her family was also present during her audition for The Voice.

Given below are social media profiles of Maelyn Jarmon: