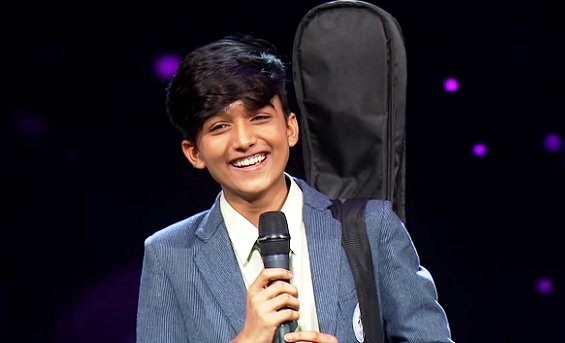 Mohammad Faiz is an Indian singer, songwriter, and aspiring musician. He is the winner of the 2nd season of Sony’s singing reality show Superstar Singer judged by Himesh Reshammiya, Alka Yagnik, and Javed Ali. He is originally from Jodhpur, Rajasthan.

Mohammad Faiz was born in 2008 in Jodhpur, Rajasthan, India and he is 14 years old now. Faiz’s father’s name is Sageer Ahmad and his mother’s name is Shabnam Bano. He also has two sisters older than him.

His father lives in Kuwait to earn enough to pay all the debts of the family. On the Superstar singer show, Faiz told, that his father visited them after a long span of 3 to 5 years. In absence of his father, it is his mother who takes care of him and his sisters.

Faiz and his sisters live with their mother in a Rented House and they change home every year. Faiz always wanted to get early success so that he can gift his family, their own home.

Faiz comes from a musical family. His grandfather (Nana Ji) Ustad Shakur Khan is a classical singer. Faiz started learning music from his Nana Ji when he was just 8 years old.

In 2018 at the age of 11, he participated in the singing reality show “Love Me India” judged by Guru Randhawa, Neha Bhasin, and Himesh Reshammiya. During this show, he was among 4 finalists and the winner of West Zone.

In 2019 he participated in Sa Re Ga Ma Pa Lil Champ and gave great performances and he was the 1st Runner-up in the final. In 2022 he was winner of Superstar Singer Season 2 and got grand prize oney of 15 Lakh rupee.

Later he participated in many live concerts and was awarded on different occasions. Faiz is also honored by King of Jodhpur Maharaja Gaj Singh Ji on 381 Vir Durga Das Jayanti.In 2022 Faiz got selected among the top 15 of Superstar Singer 2.

Faiz now has his own official Youtube Channel where he is quite popular. He uploads regularly different covers on his channel.

Some Interesting Facts about Mohammad Faiz

Many of us are curious to know about our favorite Celebrity’s biography, height, age, family, affairs, and many more things. This article gives you a glimpse into information related to Mohammad Faiz (Superstar Singer) Height, Age, Parents, Biography, and more. We hope you liked the provided information, and let us know if you did.