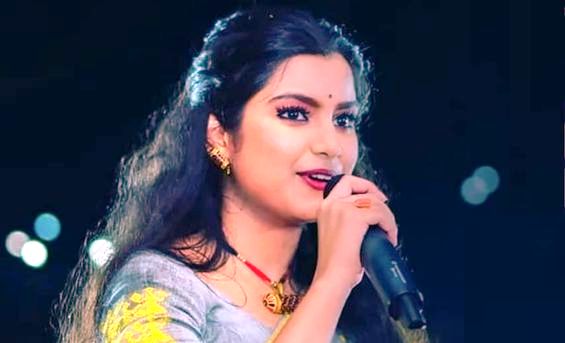 Nahid Afrin is an Indian Playback Singer form Biswanath Charali, Assam who made her debut in the 2016 Bollywood film Akira starring Sonakshi Sinha in the lead role. She is Runner-up of Indian Idol Junior Season 2.

Nahid is recently in limelight after she got selected as one of the contestant in the 13th season of  singing reality show, Indian Idol on Sony TV in 2022.

Nahid Afrin was born on 13 December 2001, in Biswanath Charali, Assam and she is 21 years old as of 2022. Nahid Afrin’s father name is Anowar Ansari and her mother name is Fatema Ansari.

Nahid comes from a modest background as her father works in DRDA as a Junior Engineer. Her mother work as her manager for music concerts. She also has one younger brother named, Faiz Ansari.

Nahid faced very tough time in June 2021 when her parents met a very serious road Accident. There car slipped into a muddy water hole when they got caught and lost control. The car flipped three times into a field about 10 feet below the road. Fortunately her parents survived the major injuries by the grace of the Almighty.

Nahid started singing at a very young age when she was just 3 years old. She started learning music from “Smt. Biblee Bhagawati”, her first guru after one of her teacher asked her mother, to let her participate in school Cultural Programs.

In her first performance in the school she garbed the 3rd position and then never looked back. She studied music at Bhatkhande Kala Kendra in Assam. She passed her class 10 board exam from Little Star School, Biswanath Chariali.

Before her television appearances Nahid had performed at a number of venues in the state. She can sing in different languages including Hindi, Assamese, Western, Bengali and in many other local languages.

In 2015, Afrin participated  Indian Idol Junior and she won first runner-up position. She made her Bollywood debut as a singer in the 2016 Hindi film Akira.

Later she got chance to sing for multiple Assamese, Movies and Albums. She also sang some Hindi singles. From time to time she won multiple awards for her achievements in music and singing.

Nahid Afrin is a beautiful and simple girl and is very versatile when it comes to fashion. She prefers to wear traditional Indian Attires in general but sometimes she also wears western and designer wear.

Many of us are curious to know about our favorite Celebrity’s biography, height, age, family, affairs, and many more things. This article gives you a glimpse into information related to Nahid Afrin, Indian Idol, Age, Parents, Family, Biography and More. We hope you liked the provided information, and let us know if you did.