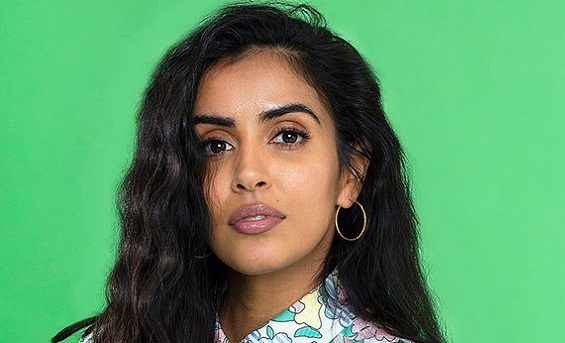 Parveen Kaur is a Canadian Actress and television personality known for his works in Drama Series and Movies. Parveen was born on 19 October 1988 in Okanagan Valley, British Columbia, Canada. Later she moved to Toronto along with her family.

Parveen belongs to a Punjabi Sikh family and her parents were born in India. Before migrating to Canada, her parents were living in Mumbai, India. Her parents want her to be a Doctor or a Lawyer, but she chooses acting as her profession. Besides acting, Kaur is also enthusiastic about fashion, skincare, and beauty and would otherwise have chosen that career path if she hadn’t been an actor.

Like most Indian Parents, Parveen’s parents also want her to become a Doctor or a Lawyer. But Parveen has something else in her mind. She quit high school and moved to Toronto at the age of 19 to pursue her career in acting and fulfill her dream. Before earning the fame of an actress, Parveen struggled a lot. She even worked at a vintage store on Queen West, Toronto during her struggling days.

Parveen Kaur acted in a lot of movies and TV shows like Working the Engels, The Girl, American Gods, Working Moms & Beyond among others. In 2013 and 2014 she worked in short movies or single episodes of TV serials. In 2015, Parveen’s first recurring role came in Guillermo Del Toro’s horror drama series The Strain. Soon she rose to fame with her role in the TV Shows like Saving Hope and Manifest. Parveen got big Fame after she played the role of “Saanvi Bahl” in NBC drama series, “Manifest”.

Parveen made it clear that she wanted to quit acting at some point before landing a role in the NBC Manifest series. Before Manifest, she got rejected in an audition for TV Series due to which she got depressed. But she fights back with her depression and gave an audition for the “Manifest” drama series and got a major role of “Saanvi Bahal”. This totally changed her life and gave her big success in her acting career.

Parveen received the 2017 MISAFF Star presented by ACTRA  at the 6th annual Mosaic International South Asian Film Festival in Mississauga, Ontario. She received this award for her continued and active work focusing to create space for positive representations of women of color in film and television in Canada and abroad.

Here is an Interview with Actor Parveen at her Toronto home. Here she talks about Saanvi on Manifest, what it’s like playing her, and even what she’d like to see for the character. To Watch the Interview of Parveen Kaur play the Video below.

Given below are the social media profiles of Parveen: