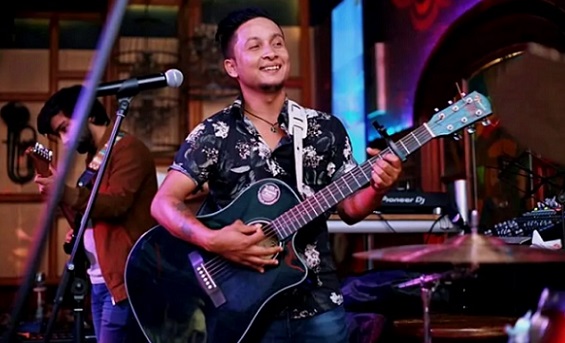 Pawandeep Rajan is a Versatile Melodious Singer and Music Director from Champawat, Uttrakhand. Pawan is born and brought up in a music-loving family in Champawat.

Pawan is the son of famous Kumauni singer Suresh Rajan. Pawan is singing from his very childhood and he got his initial music education from his father.

Besides singing, Pawandeep is a great Tabla player. Pawan was just 1 and a half-year-old when he started playing beats with utensils. He won the award of “Youngest Tabla Player” at the age of 2 and a half years.

Music and Singing Journey of Pawandeep

Pawandeep Rajan’s music journey started from his very childhood. Pawandeep’s father is a famous Kumauni singer and he worked a lot for the success of Pawan’s singing carrier. Recognizing Pawan’s talent, his father gifted him Tabla when he was just 1 and a half year old. In 2014 Pawandeep shifted to Chandigarh to pursue his music carrier. He formed Music Band named “Raytt”(रेत) in Chandigarh along with three other artists.

On August 30, 2015, Pawandeep Rajan was declared the winner of the singing reality series, ‘The Voice India’, at the grand finale. This show was aired on “& TV”. During the show, he was a member of Bollywood singer Shaan’s team. Rajan beat three other finalists, one each on the teams of coaches Sunidhi Chauhan, Mika, and Himesh Reshammiya, to bag the title of the series’ first edition. For winning “The Voice India”, he received the grand prize money of Rs 50 lakh from &TV, a Maruti Alto K10, and a deal to record his first single with music label Universal.

In 2019 Pawan sang a devotional song (Shabad), “Diwali di Raat” for a devotional movie, “Dastaan – E – Miri Piri”. Pawan also got a break as a Music Director in the movie Shri. Mahesh Manjrekar. In 2020 Pawandeep gave an audition for Indian Idol 12 and got selected among the top contestants.

In 2020 Pawandeep gave auditions for Indian Idol Season 12. He sings “Shyad” during the audition and impressed the judges with his melodious voice. He also played the piano himself while singing during the audition. During the theatre round, he performed “Nadan Prindey” with guitar and make his place in the top 15 contestants of Indian Idol.

Given below are the social media profiles of Pawandeep Rajan: