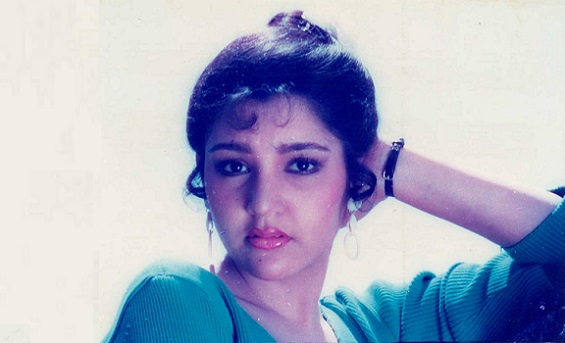 Sabeeha was well known Indian actress in the early 90’s. She has a well known filmy background in her family. She is the daughter of actress “Ameetha”, who acted opposite Shammi Kapoor in the movie “Tumsa Nahin Dekha”. After retiring from the film world her mother Ameeta was married to actor, director Kamran ( Father of Sajid and Farha Khan). Sabeeha was born from Kamran’s second marriage. Sabeeha is the step-sister of famous filmmakers Sajid and Farha Khan.

Sabeeha started her carrier as a movie actress in 1986. She debuted with the bold film Anokha Rishta (1986) opposite a much older Rajesh Khanna. Sabeeha was a too young, beautiful, and delicate pretty doll when she debuted. During the filming of Anokha Rishta, she accused Rajesh Khanna of harassment. Though no case was filed, the damage was done to Sabeeha’s reputation. She was banished from Bollywood. After a much-publicized public spat with Khanna, Sabeeha moved on with lead roles in B grade films like Qayamat ki Raat (1990) and Sone Ki Zanjeer (1991). After that, she did smaller character roles in big-budget films like 100 days (1991), Khiladi (1992), Zaalim (1994), and Jai Vikranta (1995). Then she suddenly disappeared from Bollywood and never returned back. Khiladi was one of her best movies and she is still remembered for her role in Khiladi. After her film career ended, she worked as a jewelry designer and later worked for an airline in a Gulf country.

Sabiha worked in 10 Bollywood films. Below is the list of her movie.

Note: For the latest updates on “Sabeeha, Khiladi Actress, Biography, Age, Relationships, Wiki Bio & More” keep visiting our website. If you find any picture offensive on this website then message us, we will remove it immediately.