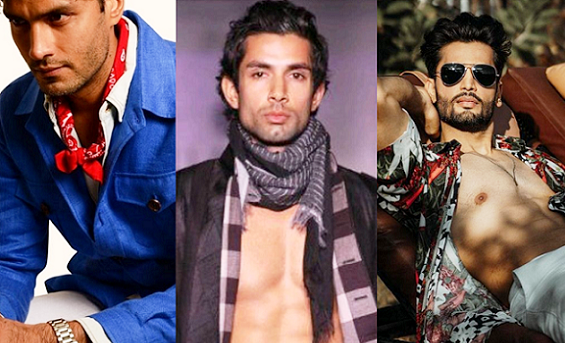 Modeling is a highly competitive and demanding job. Most of us believed that being a fashion model was straightforward and effortless, but this was not the case. Even models must focus on their health and fitness. Today, we will discuss the top seven models that have earned a name for themselves in the fashion industry by highlighting the name of their nation.

In 2015, he Won Mr. India Award and set an example as a handsome model in India. The following year, 2016, he not only made himself and even his country proud by becoming Mr. World 2016. He also achieved a milestone by being the first Asian to win the Mr. World title.

Manu Bora is a Delhi-based fashion model who has gained popularity on social media due to his appealing dress sense in 2022. Manu was born in Jodhpur, a city in Rajasthan that has gained popularity due to the recent walk-on ramp of Paris fashion week and is being covered by major brands and publications.

He set a record by saying “I was the only Indian model invited to walk the runway at Paris Fashion Week,”.Surprisingly, apart from being a model, Manu is a doctor by profession. Modeling and a Doctorate are not closely associated, yet Manu has earned such a prominent status because of his hard work and dedication.

Rouhollah Gazi is a Kashmir-based fashion model and is listed on the list of the top models 2022. He made his career debut in the Tollywood movie “Sankarabharanam”. During one of his interviews, he stated that before becoming a model, he worked as an assistant at a hospital. After that, when he began his modeling career, he did not turn back; as a result of his persistent efforts day and night, now he is one of India’s top models. He has also worked with many famous Indian fashion designers.

Angad Singh Bedi is another famous actor and model of this list of top hot fashion models of 2022. He began his career in 2004 and has since established a reputation for himself in the film industry by working very hard. In 2011, he was most known for his performances in blockbuster films such as Pink Dear Zindagi, Tiger Zinda Hai, etc. Aside from acting, Angad hosted the debut season of UTV Bindass’ reality show “Emotional Atyachar”. In 2017, he featured in the leading role in the Amazon original series ‘Inside Edge.’ In 2018, he got married to the well-known actress Neha Dhupia.

Asif Azim is a famous Indian actor from Bangladesh and won the hearts of Indians with his personality and talent. Azim was born in the city of Bangladesh on March 15, 1984. He completed his school education at a local school in Bangladesh. After that, he completes his college education at Dhaka University.

Asif began her career by participating in a Dakha fashion show. After that, he got the opportunity to work with a well-known Indian fashion designer. After this, even more, famous designers give him the opportunity to collaborate. He also did his work with full dedication. Now his name is one of the top models of India.

Sahil Shroff is a supermodel and a Famous Bollywood actor who mostly acts in the Hindi film industry. On October 17, 1982, He was born in Melbourne, Australia. In, 2006 He first debuted his career as a model by appearing in reality shows “The Amazing Race”. In 2011, he capture the attention of thousands of people with his performance in the film “Don 2”. Apart from movies, he has also worked in other TV commercials. Now, He competed as a contestant on Bigg Boss 15 in 2021. He has made a reputation for himself in the fashion industry as a hot model.