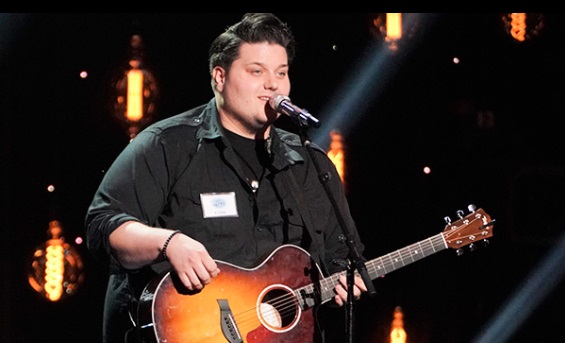 Wade Cota is American Singer is known for being in the top 5 of American Idol Season 17. Besides being a singer, Wade is also an actor. Wade was born on 26th August 1991 in Phoenix Arizona, United States.

Wade did schooling at Moon Valley High School in Phoenix, Arizona, and went on to attend college at Glendale Community College.

Wade’s mother is a role model for him and she raised him as a single mother. By becoming a successful singer, Wade wants to repay her mother for what she did for him.

Wade Cota began singing in bands when he was just 12 years old. Wade is the lead singer and rhythm guitarist for the band, “Sugar Water”. The band includes Noah Draughon on lead guitar, Juju Stone on bass and Austin Moore on drums. The band regularly performed in pubs and bars in Arizona.

Wade Cota also had auditioned for The Voice in 2019 and made to the judges but the slots filled up before he could audition. Wade, however, says he is grateful that he didn’t make it as the same year American Idol came back as it had taken a break.

During American Idol Auditions, Wade sang, George Ezra’s song “Blame It On Me” and amazed the judges with his performance. Katy Perry said that Wade had one of the most unique voices she had ever heard, while Luke Bryan compared him to the singer, Johnny Cash.

Wade Cota and his mother, Terri has a very loving and close relationship. Throughout his childhood, Wade is raised along with his two siblings by Terri.

Wade’s Biological father was a very bad man and Wade describes him as a Devil. He is very abusive and usually beat all three kids and his wife.

His father knew that his mom wanted to escape with the kids and would get in the way of her ever leaving the house with all three children kids.

One day wade’s father kicked him in his Ribs across the floor. So his mother made a plan and told her husband that she was taking all three kids to the doctor for their checkups. According to Wade, he never saw his father again.

After getting away from his father, they lived a poor financial life. Even in bad financial conditions, Terri cared for all three kids, very well.

Jasmine Mary Jane is his ex-girlfriend. Wade is now in a relationship with singer and songwriter Abby Walker. The couple doesn’t hesitate to share their personal photos on social media platforms.

Wade was very Fat during his American Idol days but recently he lost many pounds. He now looks more fit and handsome.

Given below are the social media profiles of Wade Cota:

Here are some pictures of Wade Cota from his personal and professional life.