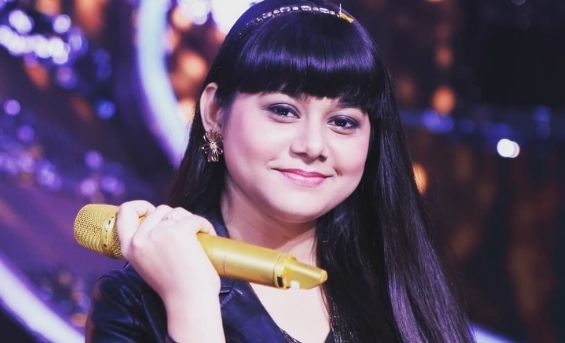 Rajashri Bag is a versatile Indian singer who has influenced millions of people’s hearts. Rajashri’s success is the result of her family’s support and love. In the Saregamapa show 2021,  Rajashri Bagh has been taken as one of the top five contestants.

Who is Rajashri Bag?

Rajashri Bag is an Indian singer and belongs to Kolkata city. She completed her schooling at Hiranpul Balika Vidyalaya, made her first appearance in Sa Re Ga Ma Pa L’il Champs 2017. Rajashri’s voice has mesmerized the Indian public and made a place for herself in millions of hearts.

Rajashri Bag completed her school education at Hiranpul Balika Vidyalaya, Kolkata, West Bengal. The Kolkata girl means Rajashri loves her father very much. It is only because of the support of her family that she has achieved such a big position in the singing world.

Rajashree Bag first appeared on National Television in 2016 when she got a chance to perform at “The Voice India Kids”.

Later she was chosen as one of five contestants for the “Sa Re Ga Ma Pa L’il Champs” reality show 2017. However, she was eliminated from the competition. In this show, Rajashri received a lot of love and credibility. However, due to some flaws, she was unable to win the competition.

Before coming to this show, she started doing stage shows at a very young age. But she didn’t give up and came back stronger in the theSaReGaMaPa 2021 show. Due to her hard work and dedication, today she is one of the top 15 contestants on this show.

Lahiri Bappi gave a golden opportunity to Rajashri Bag in SaReGaMaPashow in 2021 and said that he will take permission from Zee TV so that both Rajshree and Yumna will sing a song with me.

What has always inspired Rajashri Bag to move forward?

The thing that inspired her the most to become a successful singer was her parent’s love and respect for her talent. Rajeshwari is the only daughter of her parents and her parents always appreciate their daughter’s talent.

Parent’s support and family love always inspire her and have played a significant role in her journey from stage show to SaReGaMaPa 2021.

Rajashri Bag’s age is 19 years as of 2021 and her birthday is on 27 April 2002. Rajashri Bag, her mother, and her father lived together at home. She basically belongs to Kolkata, West Bengal, India. She was born in the Hooghly District of West Bengal.

The milestones of Rajashri Bag’s life