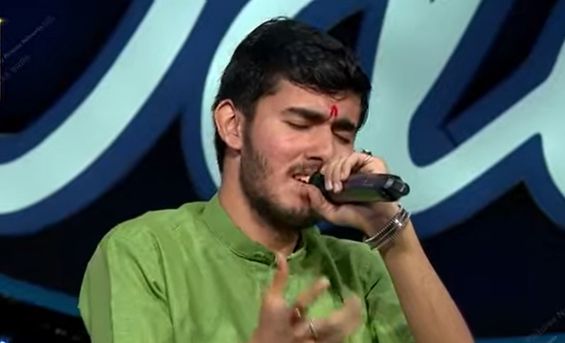 Chirag Kotwal is an Indian Singer and Reality Show Star from Jammu and Kashmir. Chirag is known for being the contestant of two seasons of Indian Idol.

Kotwal came to fame after he was selected as one of the contestant in the 13th season of  singing reality show, Indian Idol on Sony TV in 2022.

Chirag Kotwal was born in 2001, in Bhaderwah, Jammu and he is 21 years old as of 2022. He currently lives in Mumbai to pursue his carrier and study.

Chirag’s singing journey started in 2011, from his school when he was in 3rd class. After gaining some confidence he started performing in local shows in Jammu. Two years later in 2013, one of his show organizer, Mr. Parwana sponsored him for Indian Idol Junior. In Indian Idol Junior he cleared Jammu round and reached Chandigarh to give audition in front of Vishal Dadlani and Shreya Ghoshal, where he got rejected.

After rejection from Indian Idol Junior, his organizer, Mr Parwana reffered him to a Music Guru, Pandit Hari Krishan Sharma. Chirag continued to give auditions in many seasons of Indian Idol. Finally in 2020, he got Golden Ticket in Indian Idol Season 12 but rejected in Theatre round. In 2022 Chirag once again selected on Indian Idol in 13th Season.

Many of us are curious to know about our favorite Celebrity’s biography, height, age, family, affairs, and many more things. This article gives you a glimpse into information related to Chirag Kotwal Indian Idol, Age, Parents, Girlfriend, Biography and More. We hope you liked the provided information, and let us know if you did.