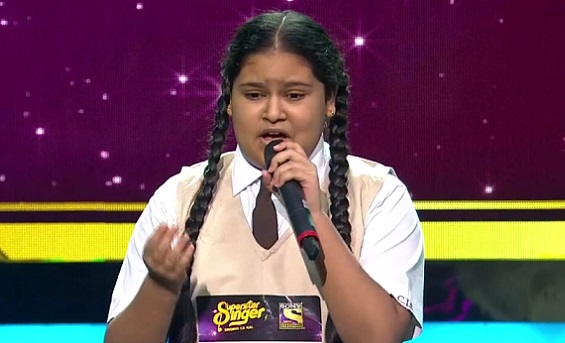 Sneha Shankar is the granddaughter of world-famous Sufi Singer late Shree Shankarji of “Shankar Shambhu Fame”. She has been born & brought up in the musical family in Mumbai and she started taking her Classical & Light Music lessons at the very tender age of 3 years from her father Mr. Ram Shankar. Sneha’s father Mr. Ram Shankar is also a very well known Singer and Music Director.

Sneha Shankar’s started learning music at the age of 3 years from her father. At the age of 7, Sneha sang a very beautiful composition and performed it in a Musical TV Show with the famous Music Director “Sneha Khanwalkar” (Gangs of Wasseypur fame) for “MTV” Sound Trippin Season 2. Sneha also did playback singing and sung Hanuman Chalisa in Ruchi Narain’s Movie HANUMAN DA’ DAMDAAR under the Music Direction of Sneha Khanwalkar.

At the age of 13, Sneha Shankar gave audition for Superstar Singer on Sony Entertainment TV. As shown in Superstar Singer, Sneha was brought to the show by Captain Salman Ali. Sneha’s School (City International School) management truly supported her singing talent. So during the Superstar Singer show, she represented her school by wearing School Uniform in each episode. She got selected among the top 15 finalists.

Given below are social media profiles of Sneha Shankar: