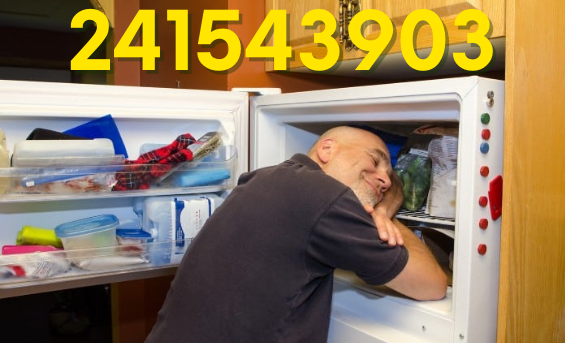 Have you ever heard about this number and want to know, what is the story behind 241543903?

David Horvitz is the founder of the “Heads in Freezers” meme. David got the idea after his friend was having a headache and he suggested him, to put his head in a freezer. The number “241543903” is a combination of David’s fridge’s serial number and the barcodes on packages of soba noodles and edamame, which were in his fridge at that time.

241543903 (also “Heads in Freezers”) is a numerical keyword associated with a photo meme that involves people taking pictures with their heads in the freezer & sharing them online.

Whenever you type 241543903 in google, you got a number of results that show pictures of people with their Heads inside the Freezer.

What is the mystery behind this number? and why people are tagging these “Head in Freezer” images to this number “241543903”? We will give answers to all of these questions in this article.

How Head Inside The Freezer Phenomena Started?

The phenomenon of tagging 241543903 to Head Inside The Freezer first started in 2009 at the popular social networking site Tumblr. David Horvitz a New York-based artist first posted a picture with his head in the freezer titled “241543903” via his Flickr account SanPedroGlueSticks.

A few days later, the same numeric sequence “241543903” appeared in a Tumblr post which provided the following instruction for readers: “Take a photograph of your head inside a freezer. Upload the photo to the Internet. Tag the file with 241543903. The idea is that if you search for this cryptic tag, All the photos of heads in the freezers will appear. I just did one.”

People were encouraged to take a picture of their heads in a freezer and upload the image with the tag “241543903”. That way everyone could see each other’s images by Googling “241543903”. The meme first gained popularity on Orkut, Google’s social network in Brazil. Horvitz spread the word by sending 100 fliers to a friend in Brazil who handed them out to random young people. It is a rare case where an internet meme was spread through IRL means.

Later in an interview, Horvitz explained that he conceived the idea after suggesting his sick friend Mylinh try sticking her head in a freezer. The number “241543903” stems from a combination of the serial number of his refrigerator and the bar codes on a bag of edamame and a package of frozen soba noodles that were stored in the freezer.

Where is David Horvitz Now?

Nowadays David Horvitz lives in the USA and works as an Artist. David is well known for his works in virtual space and conceptual poetry works. He uses art books, photography, watercolors, performance art, and mail art as mediums for his work.

Read about David Horvitz Life Journey and Why he was banned by Wikipedia?

Here are some photos of Heads In a Freezer Meme taken from Internet:

We will update more information in “Story Behind 241543903” when we get new updates.