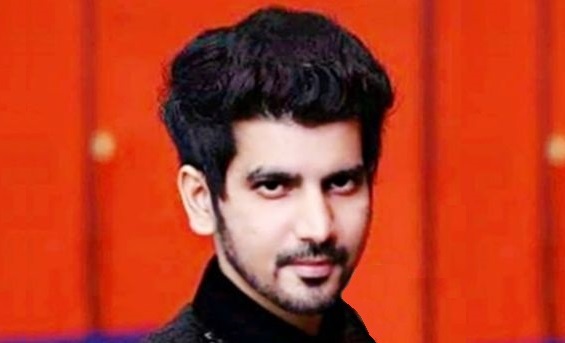 Vineet Singh (also Vinit Singh) is an Indian Singer, Performer, Songwriter, and Composer from Lucknow, Utter Pradesh. He did playback singing for multiple Bollywood movies. He is the voice behind popular Bollywood songs like Hukkah bar, Jalte Diye, Prem Leela, Khiladi 786 Title song, and many more.

He is recently in limelight for participating in the 13th season of the singing reality show, Indian Idol, judged by Himesh Reshammiya, Neha Kakkar, and Vishal Dadlani.

In this article, we’ll cover all of the common questions that relate to Vineet’s lifestyle, including family, height, net worth, salary, girlfriend, parents, and more.

Vineet Singh was born on 15 January 1989, in Lucknow and he is 33 years old as of 2022. Vinit’s parents, especially his mother, have a big role in his success. He is very attached to his mother. Vineet’s father was also a singer but unfortunately, his voice was damaged in a bad incident.

Vinit started music when he was just 5 years old. In 2005 Vinit gave auditioned for the SaReGaMaPa reality show. During the show, he was the most consistent contestant and has been the top scorer 5 times. He was the favorite contestant of Himesh Reshammiya on the show.

Vinit recorded his debut Bollywood song in 2005 for the Movie, Rocky which actually released in 2006. He was just 16 years of age when he recorded this song. In December 2009, Vinit participated in another Reality Show, Music Ka Maha Muqqabla, on Star Plus. During the show, he was in “Himesh’s Warrior” Team.

Vinit’s Carrier actually takes a turn in 2012 after his songs in the Movie, Khiladi 786, were highly acclaimed by the audience. Here is an interview of Vineet with Komal Nahta where he is talking about his Journey Struggle and support of Himesh in his carrier.

Vinit is a family friend of Himesh Reshammiya. He is connected with Himesh since 2005 when he was a participant in the Zee TV show, Sa Re Ga Ma Pa. During the show, Vinit was placed in Himesh Reshammiya’s “LET’S ROCK” Gharana. On the show, he was Himesh’s favorite contestant.

Even after Vinit lost in the final of the show, Himesh keep supporting him. Himesh gave him a debut song in Bollywood Movie, Rocky. Later, in 2012 Himesh gave him another opportunity to sing songs in the movie Khiladi 786. His song “Hooka Bar” in Khiladi 786 was highly acclaimed by the audience and showed Vinit the face of stardom.

Vinit still has very good family relations with Himesh. Many of his reels on Instagram can be seen with Himesh & Family. Recently Vinit sang the song “Duaa Hai” for “Himesh Reshammiya Melodies”. The song is written and composed by Himesh himself. Here you can listen to the song, Duaa Hai.

Vinit Singh is a very handsome and good-looking guy. Vinit Singh’s height is 5 feet 5 Inches. Even though he is not so tall, still he has attractive looks. Due to his attractive looks, he is a known face among his female fans. Before getting selected for Indian Idol, he gain extra weight due to depression and carrier issues.

Many of us are curious to know about our favorite Celebrity’s biography, height, age, family, affairs, and many more things. This article gives you a glimpse into information related to Vinit Singh (The Voice UK) Height, Age, Affairs, Family, Biography and More. We hope you liked the provided information, and let us know if you did.