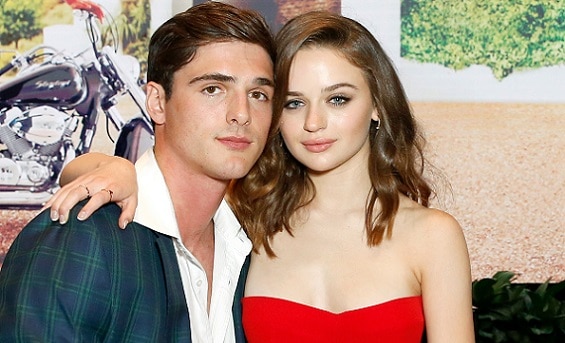 Have you listened to that, Joey King and Jacob Elordi Split in Relationship? Read up to the end to know the truth. Joey Lynn King is an American actress who was born on July 30, 1999. She first gained recognition for portraying Ramona Quimby in the comedy film Ramona and Beezus (2010). Whereas Jacob Elordi, was born on 26 June 1997 and he is an Australian actor.

In This Article hide
1) Joey King and Jacob Elordi Meeting and Relationship
2) Joey and Jacob Split and Breakup
2.1) Related Posts:

Jacob and Joey first met during their time shooting hit Netflix movie “The Kissing Booth” in 2017. This movie actually released on May 11, 2018. During the shooting of this web series, both developed a friendship and soon they started dating. Speaking about how they met, Joey told Bello magazine last year: “Well, I thought he was very cute when we first met, but it started as a friendship. Right away we were talking about gross things with each other”. Soon she started to realize that she likes Jacob Elordi. According to Joey, It was such an interesting experience meeting your boyfriend on set because you spend so much time together and become so close. They were spending 17 hours a day together, and also hang out after work and watch movies together. They spent a significant amount of time traveling the globe throughout their romance, visiting Jacob’s home country and taking a trip to Boston.

Joey and Jacob Split and Breakup

The relationship of Joey and Jacob was going very well. But this beautiful relationship didn’t last for long and in 2019 they split from each other. This came to in knowledge after they stopped following each other on Instagram and removed all traces of their romance from social media.

The actual reason for the split of Joey and Jacob is still unknown and also they didn’t confirmed it in media. Even after breakup both could soon be working together once more for The Kissing Booth sequel.

This article on “Joey King and Jacob Elordi Split in Relationship” is for informational purpose only. If you find anything wrong please comment below for the right information.