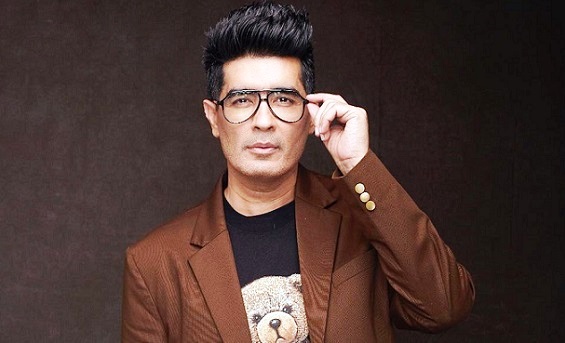 Who is “Manish Malhotra”?

If you love luxury clothes, then Manish Malhotra is a name you’re going to come across time and when you’re researching Indian fashion. The designer has created outfits for celebrities all around the world, including members of the British Royal family.

His main fashion house – Manish Malhotra – can be found in New Delhi and Mumbai, and spent the last decades immersed in the worlds of fashion and movies. He has styled and designed for thousands of films and has received countless honors.

He is renowned for reinventing and updating how actors appear in Indian films, as well as recreating some of the country’s long-forgotten handicrafts. As well as a women’s wear collection, the designer also designs his own menswear line – which is sold worldwide. Having been in the industry for over twenty years – Malhotra definitely knows what he’s doing!

Manish Malhotra came from a humble background in the city of Chandigarh, India. Things changed when he was in high school and discovered his love for fashion and sewing. As a child, he was strongly affected by Bollywood films — the music, the storytelling, the color combinations, the costumes, and the actors who wore them. In an interview with Hindustan Times Manish told

At the age of five or six only, I was crazy about movies, clothes, and songs. My mom came from the North so when we moved to Mumbai, she was a little conscious and wanted me to learn English. She had a tutor for me at the age of six. One day the tutor came and told my mother, “Mrs. Malhotra, your son is only commenting on my dresses and not studying.” I feel you’re born with certain inclinations. In my case, I was inclined towards clothes, music, and movies. Even in school, I was a very sorted boy; never troubled my parents, had no issues with anyone because I lived daydreaming about cinema. I was so interested in films that I wasn’t interested in anything else. That relationship with movies and cinema has lasted till now.

He enrolled in a painting class in the tenth grade after his brother suggested it since he had a talent for drawing. His passion for fashion, style, and colors grew as a result of watching movies, drawing.

At the age of 19, he is studying art at Mumbai’s Elphinstone College and follows his dreams by collaborating with brands like Foo, Weekender, Fruity, and Goldspot. He saved Rs 90,000 from these modeling contracts and traveled to Bangkok and Singapore to explore the fashion world. After this tour, he returned back to Mumbai and worked at Equinox, a fashion store in Bandra where Manish spent his 1-year exploring sketching and draping the mannequins.

In 1987, Manish hired two tailors and began taking personalized couture orders. He wanted to present his collection at Ensemble but didn’t have the financial support to do so at the time. But he didn’t have the funds to accomplish this throughout the early stages of his career. His hard work didn’t go unnoticed as he won awards for his designs for several years. Manish is now an internationally renowned designer who has designed outfits for some of the most famous people around the world.

In 1990, Manish Malhotra debuted as a costume designer and work with the film Swarg, starring Govinda, Rajesh Khanna, and Juhi Chawla. His clothes have been worn by famous celebrities such as the late Shri Devi, Bollywood queen Deepika Padukone, Katrina kaif, and many more.

Manish Malhotra’s clothing has been worn by almost every Bollywood celebrity. Manish Malhotra came into the fashion world and transformed the way Bollywood garments were perceived, and he is now renowned all over the world because of his innovative thoughts. Despite not having a professional degree in fashion design, Manish’s love of drawing and painting, as well as his love of movies, garments, and colors, led him to a career in the fashion industry.

In 1993, he worked with legendary celebrity late Shridevi, capturing the attention of millions of people. In 1993,  Ram Gopal Varma first noticed his designs for Sridevi during the Telugu blockbuster movie “Govinda Govinda” and after that, in 1995 he approached him for the hit Hindi romantic film Rangeela. Over the past 30 years of his contribution to Bollywood fashion, He won the Filmfare Award for his extraordinary performance. From 1995 until 2022, Manish Malhotra made outfits for almost every celebrity, and his designs have been lauded by millions.

In his early career, he used to create solely garments before launching his own apparel business. At the time, The popularity of movies and Bollywood weddings because of his on-screen designs, many women asked him to design their costumes and wedding itself.

Initially, Manish tried everything, from a dress to a swimsuit, but later he realized that if he want to become a brand he must have a certain niche. In 1998, Yash and Avanti Birla offered him a bridal store and he accepted the offer.

Even though he hasn’t studied fashion or business, he accepted the challenge as a fearless entrepreneur to become a couturier and started doing wedding clothes. In 2005, He launched his own label and eventually ventured into Indian clothes and bridal.

In 2018, he also launched his beauty line in collaboration with MyGlamm, which is led by his niece Rriddhi Talwalkar. In 2019, he also launched a jewelry line in collaboration with Raniwala 1881. Now, Manish Malhotra works for his fashion home, which is still in its early stages, and provides clients with a glimpse of his design and styling sense.

Manish Malhotra makes the most money from the custom he creates, but he also charges a high cost for celebrity stylist guidance, and he represents his designs in the weddings of the world’s wealthiest individuals. With over 20 years in the fashion industry, Manish Malhotra has proven himself to be a successful designer. He has worked with everyone from Bollywood stars to royalty and said that he only wants his clothes to be worn by women who are confident and fashion enthusiastic.

Malhotra has worked with some of Bollywood’s biggest stars, and he uses the best fabrics to create memorable pieces that will make you stand out from the crowd.

All of Malhotra’s dresses are bold, surprising, and vibrant—he’s made a name for himself in the world of fashion by creating looks that are just a little more adventurous than what you’re used to seeing on the red carpet.

He started with Indian-style clothes, focusing on bridal wear, then moved on to more casual outfits, like cocktail dresses and other types of parties. And that’s what makes him so different from many other designers. Manish Malhotra’s haute couture design is one of his most well-known creations.