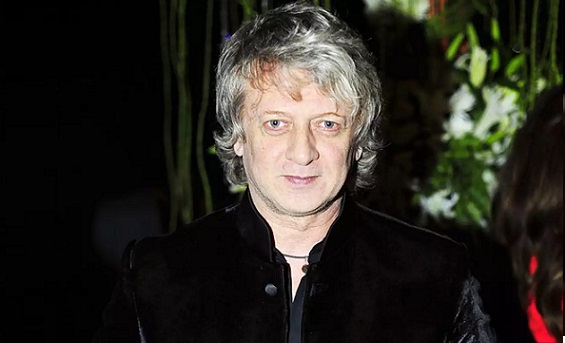 Rohit Bal is a renowned Indian fashion designer known for his unique clothing and traditional influences. Rohit comes from a family that had been designing clothes for generations. Bal began his career by working as a designer assistant to Company Orchid Oversea, and worked with various other designers before starting his own company. Rohit Bal is known for his luxurious designs, including ornate embellishments, embroidery, hand-work, and intricate bead-work. He was born and brought up in India’s beautiful place Srinagar(Kashmir valley), state of jammu kashmir.His designs are inspired by the world around him, often with a focus on Indian culture. Today we talk about famous Indian fashion designer Rohit Bal and explore more interesting information and facts about him.

Rohit Bal, the award-winning designer from Srinagar, India, has been dressing India’s most influential women for decades. In 1990, he launched his first standalone collection and his eponymous label continues to wear with grace into the future.Rohit Bal also designed clothing lines for Bollywood stars, including Sonam Kapoor, Aishwarya Rai Bachchan, and Ranbir Kapoor and many more. Rohit Bal is famous Indian fashion designer, and his designs are known for their intricacy, creativity, and style. He is a renowned designer in India with his fusing traditional designs and craftsmanship with his modern ideas and setting trends in the fashion industry.

Rohit Bal is a famous Indian fashion designer and he belongs to jammu kashmir. He belongs to hindu kashmiri pandit family.He creates clothing lines for both men and women. Rohit Bal was born on May 8, 1961, in the city of Srinagar,(Jammu and Kashmir), India, into a Kashmiri Pandit family. He attended Woodlands House School and later Burn Hall School in Srinagar before going to New Delhi with his family.  Bal completed his Bachelor degree in history from St. Stephens College(University of Delhi). Later, he pursued his fashion career at Delhi’s National Institute of Fashion Technology.

In 1986, Rohit Bal began his career with his brother Rajiv Bal in New Delhi. Later, he started his own clothing line in the 1990s. The label is known for its lavish fabrics, intricate embroidery, and vibrant colors. Bal’s pieces are often described as fusion of Indian traditional textiles with the western fashion styles. His designs are characterized by attention to detail and intricate embroidery, which are regarded as his trademark.

Rohit Bal began his career in 1986 with his brother Rajiv Bal at Orchid Oversea company. Bal also worked with the “Khadi Gram Udyog” at Panchkula’s largest handloom textile company. He is the creator of the outfits for the popular Indian quiz show “Kaun Banega Crorepati”.Rohit Bal began his own fashion designing business and worked tirelessly day and night to establish himself in the billion-dollar fashion industry.

Rohit Bal attempted different industries after working with his brother for a long time. In, 1990s Bal established a showroom in Delhi, as well as locations in Mumbai, Bangalore, Ahmedabad, Kolkata, and Chennai. He is primarily recognised for using lotus and peacock patterns in his designing work. He typically used luxurious textiles such as velvet and brocade in his designs, which are influenced by Indian royalty. He is one of India’s leading fashion designers, and he has worked with foreign clients such as Cindy Crawford, Pamela Anderson, and Uma Thurma, among others. Bal is also an ambassador of Omega watch series.

Rohit Bal has staged Fashion shows in London, Paris, New York, Singapore, Moscow, Jakarta, Colombo, São Paulo, Munich, Geneva, and all major Indian cities. His collections have received a really positive and optimistic response.He introduces his own clothing collection, which ranges from hundreds to millions of rupees. Bal covers the category for both men and women and sells their high-end designs at exorbitant prices.He makes millions from the personal site of designer pieces and has explored every fashion category on it, such as jackets, jeans, kurtas, and Lehengas., Tunics, suits, sarees,and many more.. He has designed for both Indian and Western celebrities and models for over years.

There is currently no precise information regarding Bal’s family, but as soon as we find anything new, we will notify you first. Acc. to sources, last year a complaint was filed against Bal. He was accused of consuming beer and arguing with his neighbour. In addition, fashion designer Rohit Bal was arrested for attacking a neighbour and he broke into the house and beat him up. Some such rumours have spread about Bal; how much of it is genuine and how much is misleading can only be revealed by Bal.